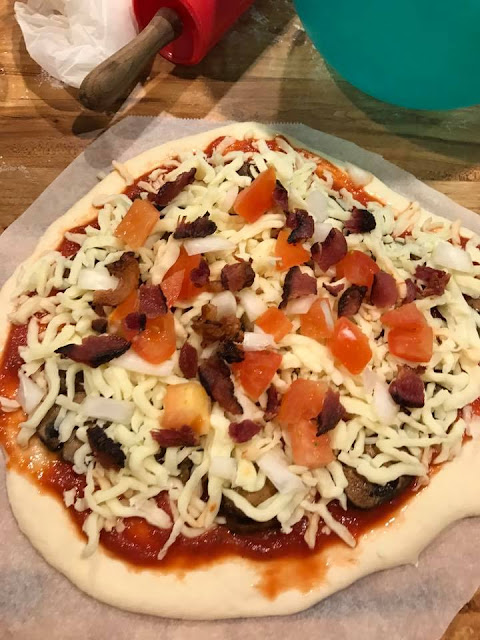 Pizza is such a yummy treat for the family.  There is so many types of topping combinations and kids love helping make the dough.  But is seems like such a daunting task.


I love to cook and bake, but admittedly it wasn’t until last year that I finally decided to try my hand at pizza making.  Having to make the dough ahead of time, just seemed impossible to me.  Who has the time?

I decided to assemble of group of Crafty Ladies to make pizza with me and I learned a lot.

We tried 4 different recipes.  I loved the taste of one, but I preferred the recipe that was easiest to make in the least amount of time.  I tried both on a cast iron skillet and in the oven.  My husband also tried grilling a pizza, the crust was awesome (not so much his taste in toppings!).  I also tried using a pizza stone and a light cookie sheet.  The variety of toppings we used was crazy, in one night we made 8 different pies, including a dessert pizza.

I concluded that there are recipes that I will use if I just want to make something quick for the family, and there are those that I may make if I want to impress company.

Here are the recipes I used and what I learned from each; 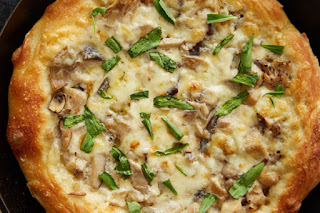 I will start by saying, I usually love Martha Stewart anything.  But even though this recipe had a good flavor, it was too time consuming in my book.  There too many steps for a mom just trying to feed the family.  Kneading for 10 minutes, rest for 2 hours, then knead some more.  Rest overnight, then cook 30 minutes, then add toppings and cook again for 10-12 minutes.  It was just too much to do for a normal week day in my opinion.

In this recipe, I got to use the pizza stone, and I loved the texture and crunch of the crust. I got the stone at a kitchen supply outlet store for around $10, and I think it was a good investment.

Being as impatient as I am, I wanted to see if I could forgo the part about letting it rest overnight.  I made the dough and only allowed it to rest 4 hours, then baked it.  To my surprise, I couldn’t really tell the difference between the two pizza crusts.  I’m no taste-tester, but if I couldn’t really tell, neither can my kids.

Conclusion: If time is not an issue. 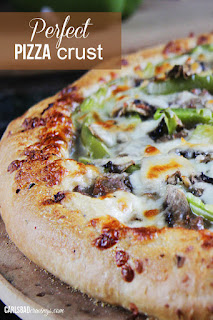 I loved this recipe because it took less time than Martha’s.  Make the dough, let rest for 1-2 hours, knead, divide and let rest for 15 minutes.  Not only that, but you get to lightly oil the crust with olive oil and sprinkle with garlic salt.  The ultimate result was so yummy!

Nevertheless, this dough was hard to handle.  Very sticky, which is probably why they have a step that states, “if you cannot get the dough of the parchment paper, just bake it on the paper”.  This recipe unlike the one above, called for olive oil in the dough which may cause the stickiness.

After trying the pizza stone, and seeing its great effects, I wanted to see what it could do for this dough.  But I was never able to get it off the paper.  I was a little frustrated with all the dough sticking to my fingers too.  Overall though, great flavor.

The Mama’s Girls: Mama’s Best Pizza Dough AKA One Dough to Rule Them All 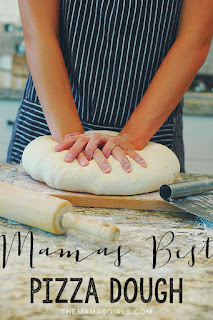 I thought the title of this recipe was a bit cocky, but it lived up to its name.

The recipe was homely in the instructions, with steps like “when the dough ‘cleans’ itself away”, “when there is froth on the surface” or “a soft dough, but not sticky”.  Quite honestly these steps worked in getting you to a great dough.

For a mom with a big family, this recipe is a WIN.  Was it gourmet, no, but it wasn’t bad at all.  As a matter of fact, I think I am making pizza tomorrow for dinner 😊
Conclusion:  Easy Weeknight Pizza 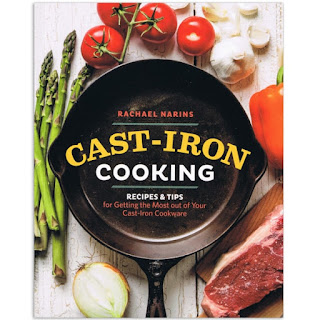 The last recipe we tried was a Pan Pizza Recipe from the book Cast Iron Cooking.

The main differences in this recipe were the use of a cast iron skillet and the fact that it included a bit of molasses in the dough.

It was not the quickest recipe, but not time-consuming either.  Mix ingredients, let rise for an hour, divide and place in skillet to rise 15 minutes, parbake crust 10 minutes, top and bake for 25 minutes.  It’s a doable one-day pizza dough recipe.


I loved the uniqueness of the dough, it was more doughy crust, but with great flavor.  The only thing that may keep me from making this dough in the future is the fact that cast iron is so heavy!  I can hardly lift it to put in the oven, so I would need my husband around.

I am not going into toppings because the possibilities and tastes are endless.
But as far as cooking surfaces...  I loved the smoky and at times crunchy flavor of pizza made on the grill, but you have to watch it carefully, so it won’t burn.  I recommend a pizza stone because it is inexpensive and makes a nice difference in the crust.  But if you don’t have one, don’t worry.  I made pizza on parchment paper on my cookie sheet and this worked well too.  If you have a cast iron skillet, you might as well try this, it was pretty good!

I hope this helps you to get out of your comfort zone and making some pizza for dinner! 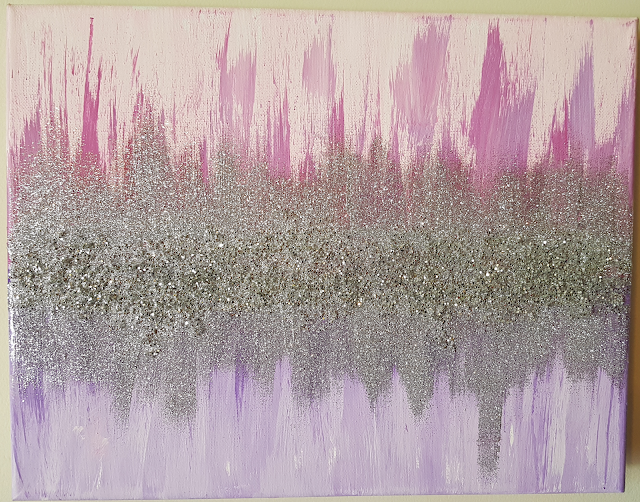 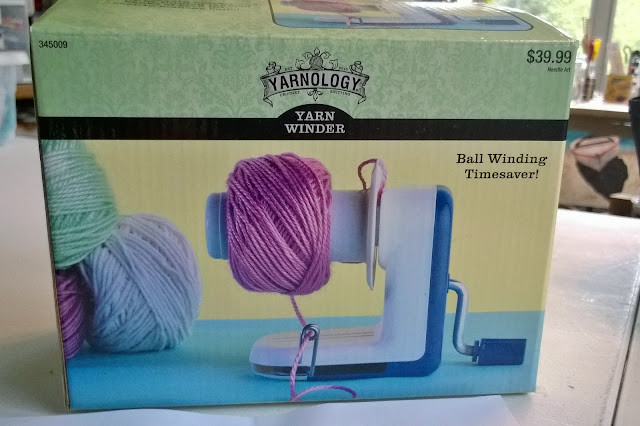